Open Salaries and Other Features of Working at Squaremouth

What is Squaremouth? Much like car insurance comparison tools, Squaremouth lets travelers look at quotes, compare and ultimately purchase travel plans based on their proprietary comparison engine, as well as more than 25,000 customer reviews.

Worried You’ll Look Like a Scrooge? Tips for Handing Out Holiday Bonuses

The trees are decorated, the company holiday party is just around the corner and as a company leader, you have to determine how to handle what many of your employees have been looking forward to all year—the holiday bonus. So how do you determine who gets what amongst your employees? As with every other aspect […]

Is It Really Worth It To Pay Employees to Quit?

Zappos first gained attention a few years ago for what sounded like quite the strange policy—essentially paying employees to quit. Zappos is an online retailer of clothes and shoes, and it’s grown into what many would call a mega-brand. They are not only well-respected among consumers, but also among employees. Zappos is known for its […]

The Challenge of Executive Compensation and Why it Matters

In the wake of the Great Recession and the focus on income inequality raised by the Occupy Movement, there has been a renewed focus on executive pay and the effects it has on both the business world and society at large. Most of that attention has been negative, with a rising tide of concerns and […] 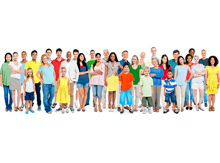