Why Amazon is Opening Brick and Mortar Stores

When Amazon first appeared in the mid 1990s, it was in the book business, and most people who truly cared about books and independent book stores was an anti-Amazon activist. Twenty years later, a lot has changed. Amazon did force many small book retailers to close. Amazon went from selling books to just about everything from televisions to diapers to fast food. And most shockingly, Amazon got into the business of opening brick-and-mortar bookstores. That’s right–if you haven’t already visited one, in many U.S. cities, you can now visit an Amazon Books location and recall that long lost experience of buying books in person So why is Amazon suddenly interested in opening physical locations? 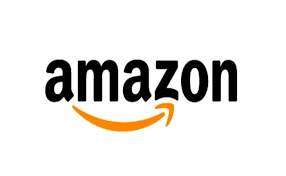 Like it or hate it, Amazon transformed how we shop. Since its humble beginnings as an early online book retailer, the company has gone from a novelty to necessity. Karen Karr has experienced this transformation firsthand. She explains, “I’m a writer and book lover, and I hated Amazon in the late 1990s. I didn’t start using it until about 2007, so I was a late adopter. By then, I had to use it since my local niche bookstores had all closed. Then, things changed. I started to order batteries and ink toner and everything else on Amazon. Now, I use Amazon Now for everything. I’m still don’t love the company, but it feels unavoidable. It’s part of the fabric of everyone’s life.”

Karr is not alone.  Despite the fact that Amazon does not necessary inspire fans, like Apple or Airbnb, and continues to garner bad press for its questionable treatment of employees, its dominance is unprecedented.  As of 2015, Amazon offered an estimated 20 million products on Prime alone and 78% of consumers paid for Amazon Prime to get free two-day shipping. Amazon is popular across demographics with 11% of baby boomers using Amazon Prime and 19% of millennials subscribing. Despite the fact that Amazon loses between $1 and $2 billion on shipping good every year, they are still doing well. Amazon is currently worth an estimated $430 billion and its stock continues to soar.

With Amazon already winning on the online retail war, its opening of brick-and-mortar stores may come as a surprise, but a closer look reveals that it is all part of Amazon’s mission to become the largest retailer in the world. First, some items, including food (e.g., especially fruit and meat) and  large appliances (e.g., a stove), people prefer to buy in person. Amazon recognized this and decided to bring these products to people. But there is much more to the company’s interest in physical locations. mazon has recently started to open bookstores. In this case, the move is driven by two observations. First, people love bookstores, because they are about more than books. Bookstores are about community and browsing and surprise. Amazon decided it was time to capitalize on something that independent retailers have known all along.

Second, by getting into the business of brick-and-mortar retailing, Amazon is expressing its desire to also transform what is left of the in-person shopping. As recently reported in a New York Times article about Amazon Go (the company’s food store), “The retail industry has been captivated by Amazon Go’s technology since the company unveiled the store late last year. The store uses a combination of sensors and artificial intelligence to automatically detect the food items shoppers remove from shelves, so they can leave the store without visiting a cashier — the way customers do when they bolt from an Uber.” The same technology is being used in all of Amazon’s stores, including Amazon Books. Yes, you can browse the books and even ask for advice, but you don’t need to wait in line at the cashier nor even drag home the books. If you want to have the book shipped instead, that’s still an option. In short, Amazon is bring online shopping to the physical retail experience, counting on the fact that this will offer consumers the best of both worlds.

For small businesses owners, especially in the retail sector, Amazon’s recent foray into physical locations is  worth noting. First, the move suggests that moving forward, customer service will likely survive and thrive, but increasingly, the experience will no longer involve exchanges of cash. Just as one doesn’t directly pay their Uber driver nor their Airbnb host, in the future, we can expect to see more retail exchanges mediated by technology rather than people. What does this do? Most notably, it frees up customer representatives to focus on the things that really matter, including offering customers focused attention and knowledgeable advice about product lines.